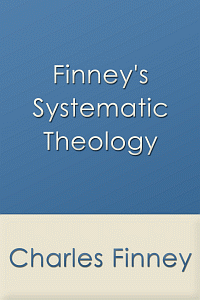 In Charles Grandison Finney's Systematic Theology you will see the full picture of Finney's stand on the nature of man, the atonement, sovereignty, attributes of love, and much more. This edition is the 1878 revision of 1851 original version which was published after his death.