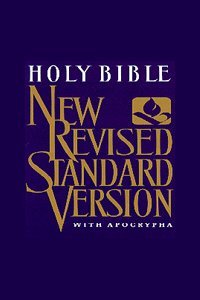 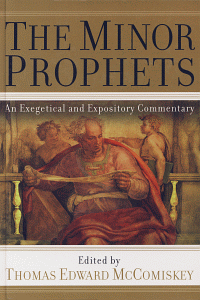 Occasionally, it was necessary to make changes. Footnotes indicate how other ancient authorities read. The style of English used reflects current usage. Masculine-oriented language has been eliminated, where possible. The Tetragrammaton is rendered as LORD and GOD, in capital letters. Archaic English pronouns and verb endings are not used. Essentially, it is a literal translation, but it has a few paraphrastic renderings.

The result of the committees' work on the New Revised Standard Version is a Bible translation that is careful to convey the meaning of the original Biblical text and yet, contemporary enough to meet the needs of the modern church.

My very first Bible that I received as a child was the RSV. Now, the NRSV is the Bible that I use every day for study and devotional reading. The NRSV is completely trustworthy in all its translation. It is not only exactingly correct but also beautifully stated. Here is God's word made fresh and accessible for our age.

The NRSV is one of the premier translations of the Bible; indeed, it has been a standard for all others. It continues to deserve the widest circulation and use among scholars, students, and general readers alike.

The best, simply the best.

I continue to believe that it represents the best combination currently available of accuracy, readability, rootedness in the historic English Bible tradition, and usefulness within the life of the church.

I view the NRSV translation to be the finest English Bible we have today. Its scholarship is impeccable. The English is accurate, approachable, and readable. It is excellent for both public and private use. I recommend it highly.

Ever since it was first published, I have recommended it to students as the most reliable English translation for study purposes, and as the best for public reading in church.

I'm glad to have a variety of translations available for Bible reading—but when I want to do serious Bible study, I always consult the NRSV. It avoids the theological prejudice I sense in some translations, drawing from a broadly ecumenical group of top-notch scholars.

The NRSV is an accurate, literate, engaging, and thoughtful translation of Scripture. May it be widely used!!

I think the NRSV is the best translation on the market.