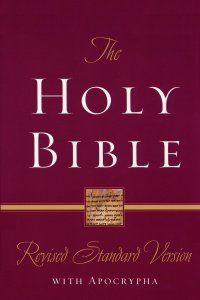 The International Council of Religious Education issued a directive that the revision of the American Standard Version (1901)should embody the best results of modern scholarship as to the meaning of the Scriptures and to express this meaning in English diction which is designed for use in private and public worship and preserves those qualities which have given to the King James Version a revered place within English literature. Thirty-two scholars worked on the revision of the Revised Standard Version,. Fifty representatives of cooperating denominations reviewed the scholars work and counseled them.

Changes in the English language since 1611 were the primary reason for revising the American Standard Version. Except for the Dead Sea Scrolls, only later dated manuscripts of the Old Testament survive to date. The Revised Standard Version is based on the best available Hebrew and Aramaic texts from early in the Christian era. The texts used were revised by Masoretes. Masoretes were groups of scribes and Bible scholars working between the 7th and 11th centuries in the Muslim world, based primarily in present-day Israel in the cities of Tiberias and Jerusalem, as well as in Iraq (Babylonia). The Masorah was used as a proof text to compare older manuscripts. This proof text became known as the the Masoretic Text. The Masoretic Text is used widely as the basis for translations of the Old Testament in Protestant Bibles, and in recent decades also for Catholic Bibles.

There were three key differences between the RSV and the KJV, RV and ASV: First, the translators reverted to the practice of the KJV and RV in the translation of the Tetragrammaton, or the Divine Name, YHWH. According to the practice of the versions of 1611 and 1885, the RSV translated the name "LORD" or "GOD", whereas the ASV had translated it "Jehovah". Second, a change was made in the usage of archaic English for second-person pronouns, "thou", "thee", "thy", and verb forms "art, hast, hadst, didst" etc. The KJV, RV and ASV used these terms for both God and humans. The RSV used archaic English pronouns and verbs only for God, a fairly common practice for Bible translations until the mid-1970s. Third, for the New Testament, the RSV followed the latest available version of Nestle's Greek Text, whereas the RV and ASV had used an earlier version of this text (though the differences were slight) and the KJV had used the Textus Receptus.