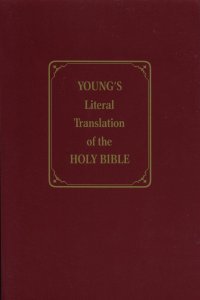 About the Translator
Robert Young (1822-1888) was a Scottish editor and publisher who became proficient in several ancient languages through self-study. His translation, Young's Literal Translation of the Holy Bible (YLT), published in 1898, has been considered an excellent, literal, translation by earnest students of the Holy Scriptures. The YLT is a strictly literal and idiomatic rendering of the Original Greek Texts.The Greek Text followed is that generally recognized as the "Received Text", or the "Textus Receptus", from which the King James Version was translated. Robert Young also created the highly-acclaimed Young's Analytical Concordance to the Bible.