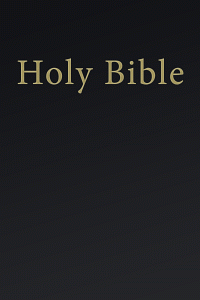 The American Standard Version of the Holy Bible was first published in 1901. It has earned the reputation of being the "Rock of Biblical Honesty".

The American Standard Version is rooted in the work that was done with the Revised Version. In 1870, an invitation was extended to American religious leaders for scholars to work with a British team on the Revised Version project. A year later, 30 scholars were chosen by Philip Schaff. These scholars began their work in 1872.

There were two rationales for the American Standard Version. One reason was to prevent any justification for the unauthorized copied editions of the Revised Version that had been circulating. Another reason was to use more of the suggestions the American team had preferred. Interestingly, while many of the suggestions of the American scholars were based on the differences between American and British usage, many others were based on differences in scholarship and what the American revisers felt the best translation to be. Consequently, there were several changes to the King James Version text in the American Standard Version that were not present in the Revised Version. The name of the Almighty (the Tetragrammaton) was rendered Jehovah instead of LORD. Holy Ghost was dropped in favor of Holy Spirit. Page headings were also added and footnotes were improved.