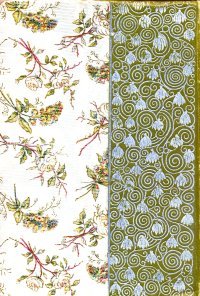 Millions have been guided into a deeper understanding of their walk with Christ through the words of this 15th century monk. The pre-eminent work of the 15th century devotio moderna movement, this classic has led thousands to the realization that they need to follow Christ via the way of the cross and live a life of humility and obedience.

Thomas À Kempis was born at the Lower Rhine region in Kempen (Germany), County of Cleves in 1380. His paternal name was Hemerken, Kleverlandish for "little hammer." He was the younger of two sons in a peasant family.

In 1392 he followed his brother John to Deventer in order to attend the city school. While attending school in Deventer, Thomas encountered the Brethren of the Common Life, followers of Gerard Groote's Modern Devotion. He attended school in Deventer from 1392 to 1399. After leaving school, Thomas traveled to Zwolle to visit his brother John who was at that time prior of the Mount St. Agnes monastery. Thomas was invested at the Mount St. Agnes monastery in 1406. He did not become ordained as a priest however, until 1413 or 1414. Thomas received priest's orders in 1413 and was made subprior in 1429.

The house was disturbed for a time in consequence of the pope's rejection of the bishop-elect of Utrecht, Rudolf van Diepholt; otherwise, Thomas' life was a quiet one, his time being spent between devotional exercises, composition, and copying. He copied the Bible no less than four times, one of the copies being preserved at Darmstadt in five volumes. In its teachings he was widely read, and his works abound in Biblical quotations, especially from the New Testament.

His writings are all of a devotional character and include tracts and meditations, letters, sermons, a life of Saint Lydewigis, a Christian woman who remained steadfast under a great stress of afflictions, and biographies of Groote, Radewijns, and nine of their companions. Works similar in content to the Imitation of Christ, and pervaded by the same spirit, are his prolonged meditation on the life and blessings of the Savior and another on the Incarnation. Both of these works overflow with adoration for Christ.

Thomas's life and work are the best-known examples of the religious renewal brought about by the Brethren of the Common Life. Thomas and his fellow brethren did much to raise the level of religious life in the Low Countries, both through their work with the common people and through reform of existing religious institutions, such as monasteries and convents. Although the Brethren did not join the Protestant Reformation, their work among the common people undoubtedly contributed much to the vast success of the Reformation in the Low Countries.

Thomas died in 1471 near Zwolle in the Prince-Bishopric of Utrecht, 75 miles north of his birthplace. A monument was dedicated to his memory in the presence of the archbishop of Utrecht in St. Michael's Church, Zwolle, on November, 11 1897. Because of the closing of the church, his shrine was moved in 2006 to an historical church in the center of Zwolle.

Kempis is ascetic in his approach to and exposition of the life of Christ. He explores the nature of spirituality with clarity, and he writes of the beauty of Christ's life with enriching simplicity.