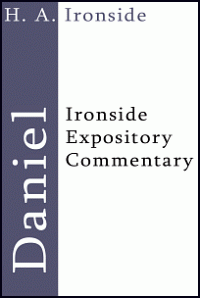 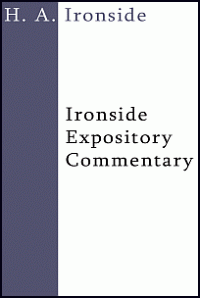 A highly sought-after classic commentary series from one of the most creative and articulate Expositors of the Twentieth century. This series is a perfect resource for those who preach and teach, these commentaries also provide the general reader with an excellent resource for personal study and spiritual growth. In this commentary on Daniel, Dr. Harry Ironside carefully traces the text as it presents Daniel captivity in Babylon and his interaction with King Nebuchadnezzar. The commentary is from a dispensational perspective.

About the Author
H. A. Ironside was an internationally acclaimed Bible teacher and preacher, as well as the author of more than 80 books and pamphlets. His writings include addresses or commentaries on the entire New Testament, all of the Old Testament prophetic books, and a great many volumes on other biblical topics. For 18 of his 50 years of ministry, Dr. Ironside was pastor of the famous Moody Memorial Church in Chicago, Illinois. Known by many as "the Archbishop of Fundamentalism."