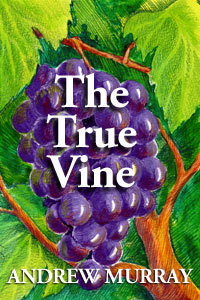 In the True Vine, Andrew Murray draws upon the gospel parable of the vine and its branches to illustrate the beautiful relationship we are meant to have with Christ Jesus. The fullness of God's merciful loving-kindness awaits you. Discover that as you daily abide in the True Vine, your branches will grow and bloom, enriched by the nourishing presence of God.