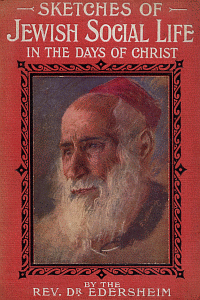 This classic work on the aspects of the cultural and social world of Jesus and his Apostles continues to be invaluable for students of the Bible. With Edersheim's unparalleled intimate detail of Jewish social life, anyone can better appreciate the context, as well as the people, places and events of the New Testament.

Some of Alfred Edersheim's most widely read works are: The Life and Times of Jesus the Messiah, Bible History Old Testament and The Temple: Its Ministry and Services.

First published in 1883, this work is still one of the most important treatments of daily life in Palestine in the first century