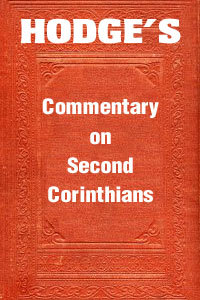 A Commentary on Second Corinthians, is one of the best known commentaries on the book by Charles Hodge. It was originally written in 1859, and is still as relevant today as it was then.

The more we use Hodge, the more we value him. This applies to all his commentaries.