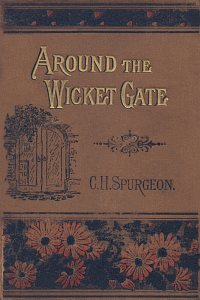 Look Inside
Around the Wicket Gate
OR, A Friendly Talk with Seekers Concerning Faith in the Lord Jesus Christ
By: Charles Haddon Spurgeon (Author)
Publisher: Wordsearch
Category: Theology, Apologetics

In Around the Wicket Gate, Charles Spurgeon draws from John Bunyan's Pilgrim's Progress to reach those lost people who have not yet entered the "wicket gate". The free gift of eternal life is available to all, including those in the dangerous position of being almost a Christian.