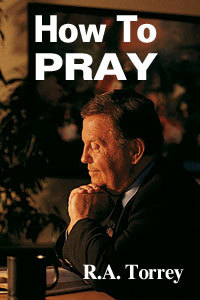 "One of the greatest needs of the present day is men and women who will not only start out to pray for things,but pray on and on and on until they obtain that which they seek from the Lord."

Torrey's practical thoughts and wisdom on the subject of prayer, clearly unfold the conditions God has established for intelligent, effective prayer that brings His answers, emphasizing the purpose and importance of prayer.