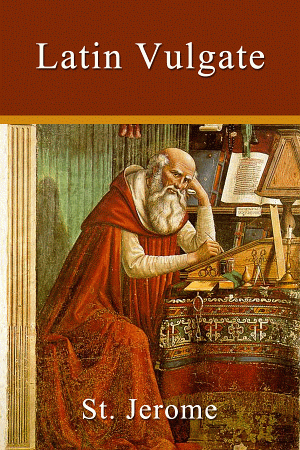 The Latin Vulgate originated about the year 382 A.D. and was largely the result of the labors of Saint Jerome, who was commissioned by Pope Damasus I in 382 to make a revision of old Latin translations. The Old and New Testaments were completed approximately 405 A.D. Although, it had been used extensively until then, it was not until 1546 that the Council of Trent made the Latin Vulgate the authorized version of the Bible for the Roman Catholic church.

In the 13th century the Latin Vulgate came to be called versio vulgata, which means "common translation". The Vulgate, which has different variants and revisions, was used by the Catholic Church until the mid 1900's.