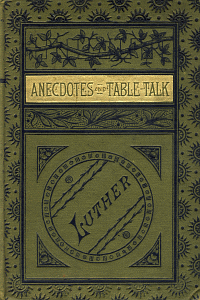 Martin Luther's Table Talk is a collection of excerpts taken from conversations with his students and colleagues, who furiously scribbled notes as he spoke. As you read them for yourself, it's easy to imagine all of them sitting around the table, eating and drinking and discussing issues of great concern to Reformists. Discover for yourself Luther's frequently anecdotal, highly opinionated, sometimes sublime, sometimes unsophisticated, occasionally brutal... and always unequivocating insights through the many excerpts in this book.