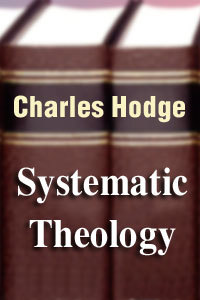 Systematic Theology, Charles Hodge's, magnum opus, offers an in-depth exploration of theology, anthropology, soteriology, and eschatology. In this three-volume work, Hodge laid out what would become the most articulate and wide-ranging summary of Reformed theology in American history. Hodge wrote this work while he was a professor at Princeton Theological Seminary, and its impact is still felt today as the foundation of the modern evangelical movement.

A comprehensive theological treatment by one of the greatest nineteenth century Princeton theologians.