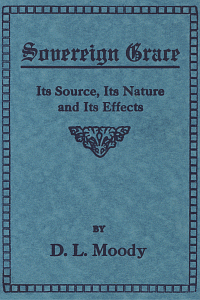 Sovereign Grace, Its Source, Its Nature, Its Effects — this work by the great American evangelist D.L. Moody emphasizes the many aspects of the full free Sovereign Grace of God, the unmerited mercy, and undeserved favor of our Lord.