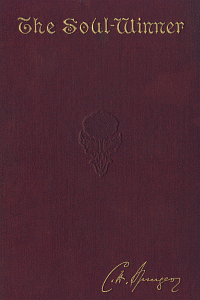 The Soul Winner, Advice on Effective Evangelism — Learn from one of the the most effective ministers of all time, how to prepare for and effectively evangelize to anyone anytime.

Under Spurgeon's ministry, Victorian London saw revival on a scale never seen since. Tens of thousands would line up up shoulder to shoulder to hear Spurgeon speak without the help of any amplification. However in spite of the crowds coming to hear him, Spurgeon would quickly deflect any praise from himself, and simply say I am just sharing God's Truths with those who will listen.

Discover how you too can share God's Truth's with anyone with the same passion and power that Charles Spurgeon did in his time.