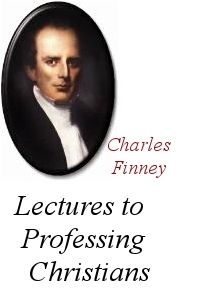 These Lectures to Professing Christians were delivered at the Broadway Tabernacle in the city of New York, in the years 1836 and 1837. Joshua Leavitt, the editor of the New York Evangelist took notes of these lectures as they were delivered. After being revised by the author and published in book form in 1837, many thousands of copies were sold. They were also printed in England.