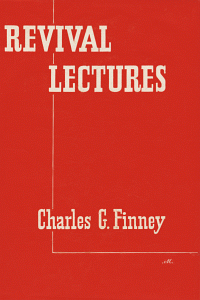 The twenty-two chapters of this book owe so much of their appeal to the fact that they were first preached to a visible audience. Taken down by Joshua Leavitt, they were carefully edited and annotated by the author. Consequently, they bear evidence of warm words flowing from a flaming heart.

No other book on the subject of revival has been so mightily used of God. It has been translated into many languages and circulated around the globe. Despite the length of time since the lectures were first delivered and published, so powerful are they in present-day application that they are still used as texts in many Bible schools and seminaries.

In Revival Lectures Finney explains what a revival of religion is and treats at length such related subjects as the place of faith and prayer in relation to revival; the need of the Holy Spirit; methods to be used in the quest for souls; hindrances to revivals; instructions to converts; and helpful rules for growth in grace. The principles and methods God used so mightily in Finney's day are equally effective in our own.