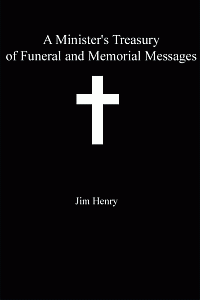 A "must have" for all pastors, this new handbook will help you as you minister to persons in the critical time of grief. Jim Henry is pastor of a 10,000-member church in Orlando, Florida. He has been a pastor in service for thirty-six years.

Part 1 includes guidelines in seven vital areas of grief ministry including, what to do in the following situations:

This is a much-needed manual for pastors, ministers, and laymen alike who are called on to minister in funeral and memorial services.

About the Author
Jim Henry has held many positions of leadership including President of the Southern Baptist Convention from 1994-1996. Jim Henry served as Senior Pastor of First Baptist Church of Orlando from September 1977 to March 2006, when he retired and was given the honorary title of Pastor Emeritus. A native of Nashville, Tennessee, "Brother Jim" is a graduate of Georgetown College in Kentucky and earned his B.D., M. Div. Degree from New Orleans Baptist Theological Seminary. He also pastored churches in Alabama, Mississippi, and Tennessee.