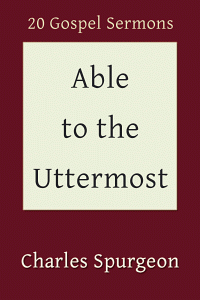 A collection of twenty sermons by Charles Haddon Spurgeon described when released in 1922 as "Forgotten" sermons that were NOT published in the original 63-volume Metropolitan Tabernacle Pulpit complete set (1855-1917).