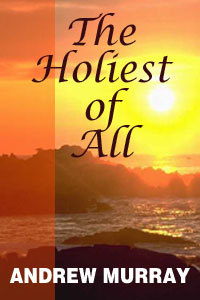 Look Inside
The Holiest of All
An Exposition of the Epistle to the Hebrews
By: Andrew Murray (Author)
Publisher: Wordsearch
Category: Commentaries

In this commentary on the book of Hebrews, Andrew Murray explains how you can progress in your walk with God.