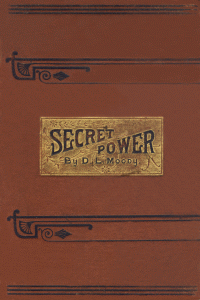 Moody wrote, "The result is lack of power in testimony and work. If we would work, not as one that beats the air, but to some definite purpose, we must have this power from on high. Without this power, our work will be a drudgery. With it, it becomes a joyful task, a refreshing service. May God make this book a blessing to many. This is my prayer."