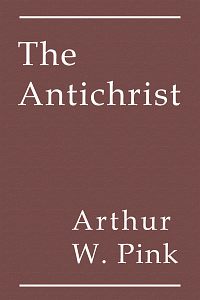 The Antichrist is one of two works that A.W. Pink wrote on the subject of pre-millennialism.

A very capable synthesis of the Biblical evidence surrounding the person and the work of the Antichrist. A work of exceptional merit.