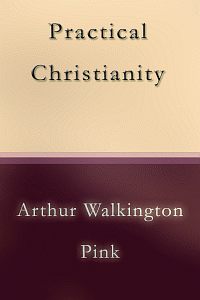 This book, like the Christian life, begins with conversion but does not end there. A.W. Pink discusses Christian growth and progress, obedience to authority (that of God himself, of his Word, of pastors, and of employers), and enjoyment of "God's best." Practical Christianity is at once a solid Biblical study of the Christian life and an eminently practical one.