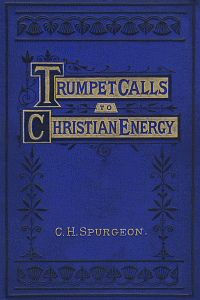 This rare collection of 20 Sermons was Preached on Sunday and Thursday Evenings at the Metropolitan Tabernacle by Charles Haddon Spurgeon. These hand-picked sermons were chosen to help arouse the energy and direct the efforts of Christian workers. It is the second in a series and a sequel to Types and Emblems.

This book, which is tastefully got up, will doubtless rank among the Christmas presents of the season. It consists of a number of sermons preached at the Tabernacle on Sunday and Thursday evenings, specially addressed to Christian workers