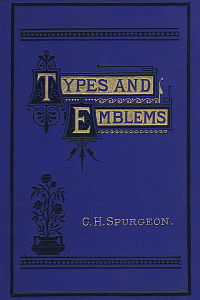 Look Inside
Types and Emblems
A Collection of Sermons preached on Sunday and Thursday evenings, at the Metropolitan Tabernacle.
By: Charles Haddon Spurgeon (Author)
Publisher: Wordsearch
Category: Sermon Helps, Sermons

Types and Emblems is a collection of sermons preached on Sunday and Thursday evenings at the Metropolitan Tabernacle.

This volume is the first of the issue. It will be sure to be a favourite. 'Types and Emblems' are attractive themes, and in Mr. Spurgeon's hands they neither lack suggestiveness not power. All his well-known qualities as a preacher are in great force throughout this volume.