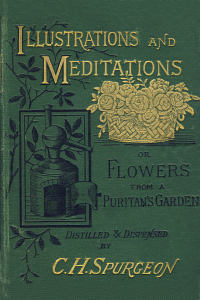 Using statements of truth from the writing of the Puritan Thomas Manton, Charles Spurgeon has brought together words from the books of this great man in a devotional form which he "humbly hopes may be found profitable for reading in the chamber of private worship." The desire of Spurgeon through Flowers from a Puritan's Garden is that readers would become more aware of the writing of this great man and the depth of faith that he possessed — and how his words can still enable, comfort and challenge Christians many centuries after his death. Spurgeon has many quotes from Manton in his commentaries on the Psalm and this little book is a testimony to the impact this Puritan had on the prince of preachers.

The volume before us is full of helpful suggestions and beautiful illustrations. Nowhere have we met with more characteristics of Mr. Spurgeon’s mind and heart than in these illustrations. The book ought to be immensely popular, as it doubtless will be.