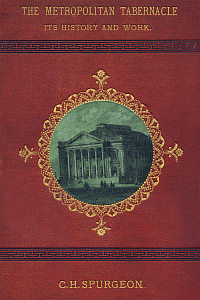 A "must" book for Spurgeon enthusiasts and students of Baptist history. Spurgeon's own history of the centuries—old church he served covers the pastorates of his predecessors including Benjamin Keach, John Gill and John Rippon. This book reveals Spurgeon's wide range of Christian interests and his missionary and benevolent enterprises.