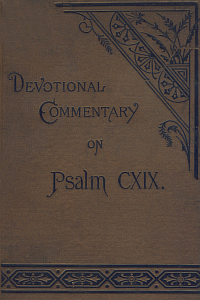 The Golden Alphabet of the Praises of Holy Scripture - setting forth the believer's delight in the word of the Lord: being a devotional commentary upon the one hundred and nineteenth Psalm.

"Our hope is that it will be largely used by devout persons for private reading. We shall be glad if our subscribers will purchase the book, and make it one of their friends." — C.H. Spurgeon

Our hope is that it will be largely used by devout persons for private reading. We shall be glad if our subscribers will purchase the book, and make it one of their friends.