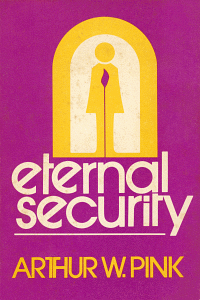 Can every believer have assurance of salvation? Eternal security is the truth which establishes a Christian in assurance of salvation. There are many other teachings of the Bible that tell of God's work of Salvation, but none of them in themselves can bring assurance to the individual soul. Eternal Security complements and completes these other teachings by showing how they apply to specific individuals. A.W. Pink explains that rightly understood doctrine also safeguards the honor and integrity of God and His Word. All who are eternally secure have been transformed by a new birth, so that they become new people.