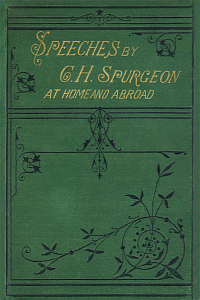 Collection of 15 addresses given by Charles Haddon Spurgeon on various occasions. Readers will enjoy his speeches as much as his sermons.