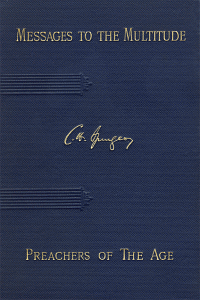 Messages to the Multitude is a collection of sermons chosen by Charles Haddon Spurgeon which he felt was representative of his earthly ministry. Published as part of the Preachers of Age series, one month before Spurgeon's death.