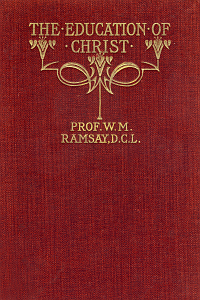 The Education of the Christ is based on the Murtle Lecture given by Sir William Ramsay at the University of Aberdeen, on February 2, 1902. This book looks at how Jesus Christ was impacted by the geographical and cultural ramifications of the areas in which He lived.