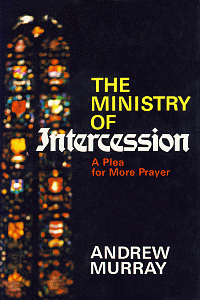 Andrew Murray longed for every Christian to understand the reality and glory of the privilege given to God's children — the privilege of praying and receiving answers. In this unique and practical book, he motivates and instructs believers in the discipline of intercession. He then invites those who want to participate more effectively in the "great work of intercession" to devote ten minutes a day to this discipline for a month.