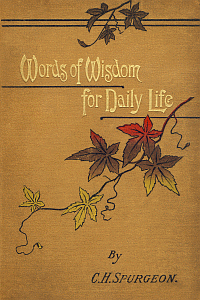 The "Prince of Preachers", Charles Haddon Spurgeon, writes short pithy chapters that apply to our daily lives and how we can apply the Scriptures to everyday life.