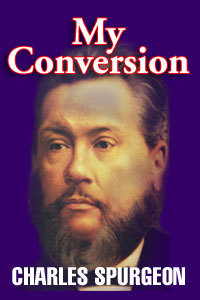 Charles Haddon Spurgeon tells the story of his own conversion to Christ, as a young teenager, on a cold and snowy January day in 1850 when he was "detoured" by the weather to the little Primitive Methodist Chapel on Artillery Street in Colchester. He further relates his immediate experiences after conversion, and this portion of the book should be a great source of spiritual insight and comfort to all new converts who read it. An excellent booklet for the young convert, the unsaved, and also for long-time Christians who desire to always keep in remembrance the early stage of spiritual experience. Both the simplicity and the exultation of conversion are felt as one reads this autobiographical material.