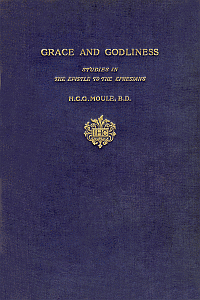 Look Inside
Grace and Godliness
Studies in the Epistle to the Ephesians
By: Handley Carr Moule (Author)
Publisher: Wordsearch
Category: Study Helps