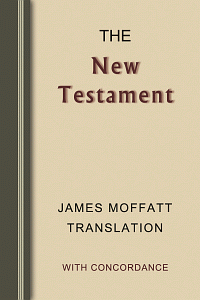 About the Author
James Moffatt (1870-1944) was a theologian and graduate of Glasgow University. Moffatt trained at the Free Church College, Glasgow, and was a practicing minister before becoming Professor of Greek and New Testament Exegesis at Mansfield College, Oxford in 1911. He returned to Glasgow in 1915 as Professor of Church History at the United Free Church College. From 1927-1939 he was Washburn Professor of Church History at the Union Theological Seminary, New York. Moffatt later served as executive secretary of the committee of translators for the Revised Standard Version.