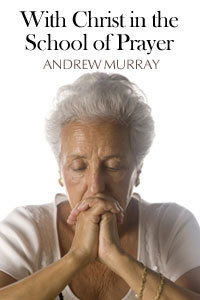 Look Inside
With Christ in the School of Prayer
Thoughts on our Training for the Ministry of Intercession
By: Andrew Murray (Author)
Publisher: Wordsearch
Category: Literature, Prayer

To most people, prayer is a mystery. To Andrew Murray, prayer was a key to unlock the doors to a rich, joyous life.