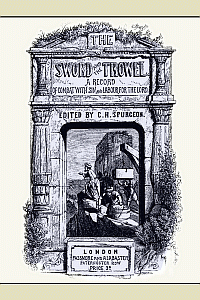 The Sword and the Trowel series covers over twenty years. Unabridged and unedited, every entry relates to Spurgeon, either written by him or about him and his ministry, and includes a wide selection of subjects in sermons, lectures, articles, editorials, "notes," book reviews, letters, "reports," with a large amount of biographical information not found anywhere, including the Autobiography. These volumes also contain many "short" sermons which are not available in the complete 63-volume sermon series.

It records the works of faith and labors of love which are the honor of the various sections of the church, and it contends most unsparingly against the errors of the times. It is an accurate record of the religious movements which emanate from the Metropolitan Tabernacle.