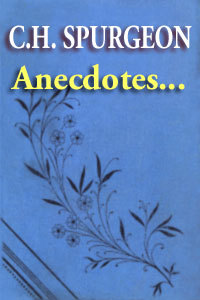 These Anecdotes have been compiled from authentic sources, or the incidents have come under the personal knowledge of the compiler, whose friendship with Mr. Spurgeon dated from a period soon after his settlement in London. This collection offers 100 short illustrative stories on a subject or a theme.