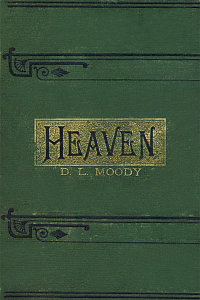 Look Inside
Heaven
Where It Is, Its Inhabitants, And How To Get There
By: Dwight Lyman Moody (Author)
Publisher: Wordsearch
Category: Theology

In this book, Heaven, D. L. Moody, seeks to provide hope to all believers about where they will spend eternity.