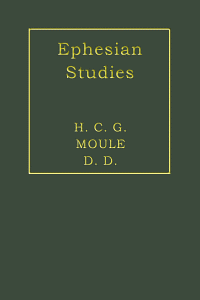 A study of the Epistle to the Ephesians in which H. C. G. Moule exhibits some of the remarkable treasures of edification, exhortation and comfort contained in this epistle.

A devotional masterpiece full of comfort and exhortation