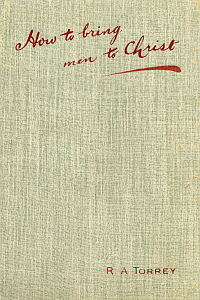 Even though many Christians earnestly want to share the saving-message of Jesus Christ, they simply lack any method to go about sharing the Gospel. In this very practical book by R. A. Torrey, you will discover the keys to effective evangelism that will enable you to fulfill your calling as an ambassador for Christ.