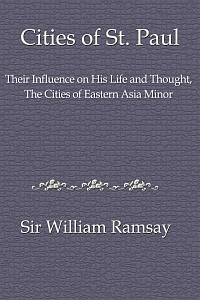 Look Inside
Cities of St. Paul
Their Influence on His Life and Thought, The Cities of Eastern Asia Minor
By: William Mitchell Ramsay (Author)
Publisher: Wordsearch
Category: History & Culture

This widely respected classic work on the cities integral to Paul's ministry is revised with full-color illustrations and features essays on major Pauline cities like Tarsus, Antioch, and Lystra. Also includes shorter treatments of nearly fifty other New Testament cities.