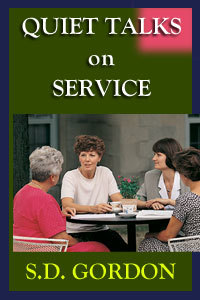 By the author of Quiet Talks on Prayer, this third volume in the series looks at the elements of the Christian life in the way of service. Gordon discusses the need and importance of this spiritual discipline in our Christian walk.