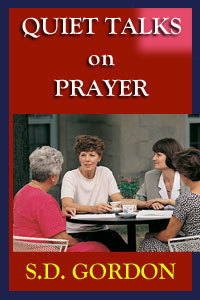 In the distinctive and admired style that made S.D. Gordon famous, the writer explores the creative power unleashed in the place of prayer. Gordon leads you out of the habitual, forced patterns of prayer into a realm where prayer lives as it is activated by the Spirit of God.