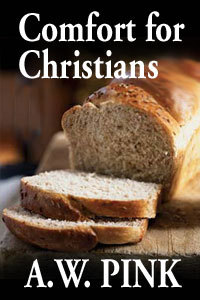 In Comfort for Christians, A.W. Pink examines specific promises for God's people and offers comfort for them in the faithfulness, grace and power of God. These Biblical promises help illustrate the love and devotion that our Lord has for His children.