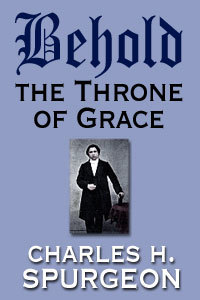 This collection features 70 Prayers and Hymns selected by Charles T. Cook from the writings of Charles Haddon Spurgeon. This book is broken down into the following sections: Invocations, Complete Prayers, Adoration, Thanksgiving, Confession, Supplication and Intercession.

About the Author
Few people in history can be known by one name and have it ring true with their audience, and Charles Haddon Spurgeon is one of them. Over time, Spurgeon has become known and revered as the "Prince of Preachers". In the last 200 years, he has been one of the most influential men for not only Preachers of the Gospel but for those who have not had the opportunity to hear and receive the Gospel message. He wrote tirelessly over his life, and WORDsearch Bible Software is committed to bring as many of Spurgeon's works as possible to you in electronic form.

The 1200 seat Chapel had previously been pastored by Dr. John Gill among others, and it carried a rich heritage with it. The Church was located in the midst of a filthy industrial district which was hard to reach, but by 1855 it was obvious that the Church must start meeting at the Exter Hall while the Church building was expanded. When the expansion was completed, it still was too small and the congregation was forced to start meeting at the Surrey Music Hall. By 1856, over 10,000 people would crowd the hall just to get a chance to hear Spurgeon preach a sermon.

To accommodate the growing number of people, the church voted to build a new sanctuary and to change the name of the Church to the Metropolitan Tabernacle. On March 31, 1861, the first service was held in the sanctuary, with a capacity of 5,600. The church, at the time, was the largest non-conformist church in the world.

When Spurgeon came to New Park Street in 1854, it had a membership of just 232 members. By the end of 1891, 14,460 souls had been baptized and added to the church with a standing membership of 5311. Spurgeon ministered there for over 30 years. It is estimated that over his lifetime he preached to over 10,000,000 people.